How it all started

Somewhere in the heart of England’s mysterious garden (Kent!), in some sort of forest, there lived a man named Mr Perrin.

Nobody really knows where he came from, all we know is that, like many other mythical people from ancient times, he delved deeply and tinkered with stuff and could generally build anything out of anything. Many say he was once part of a high order of strange folk who today still meet in secret to share their many inventions.

A few years ago, at an unknown location, but near Lordswood; he received a visitation from a younger and even stranger character - Mr Samuell, who came from a people whose livelihood relied on them being as big and healthy and strong as they could possibly be (for they like to lift weights you see). He had heard about Mr Perrin’s unrivaled ability to engineer things of great wonder.

‘Too long have your powers remained hidden, they must see the light of day! I need something to help my people grow healthy and strong and it must come from under this very Earth, for it must be wholesome and natural. Join forces with me and this will be our legacy to the world’. Mr Perrin

There was a silence, whilst Mr Perrin scratched his beard. And then, without saying a word he vanished and was pretty much never seen again.

Disheartened, Mr Samuell turned to walk away, but as he did so he noticed a shimmering golden light coming from the ground where Mr Perrin had stood. He reached towards it, feeling something warm and cylindrical within and, in a manner not dissimilar to King Arthur, pulled it from the fiery mist and held it aloft. ‘This is it!’ he cried ‘The answer to my people’s prayers – they shall grow stronger, run faster, live longer and be happy and healthy hereafter!’ And on the jar were written Mr Perrin’s secret ingredients and method, conveniently.

But what became of Mr Perrin? Nobody knows. Some say he returned to his old ways of secret tinkering, others say he was indeed not human and returned to his own dimension. But those who claim to know the real truth have been said to have been driving through Lordswood, Kent and seen a cloaked and shadowy figure leaving by a back door in the quiet of the night, a golden light coming from the door as he closes it behind him. 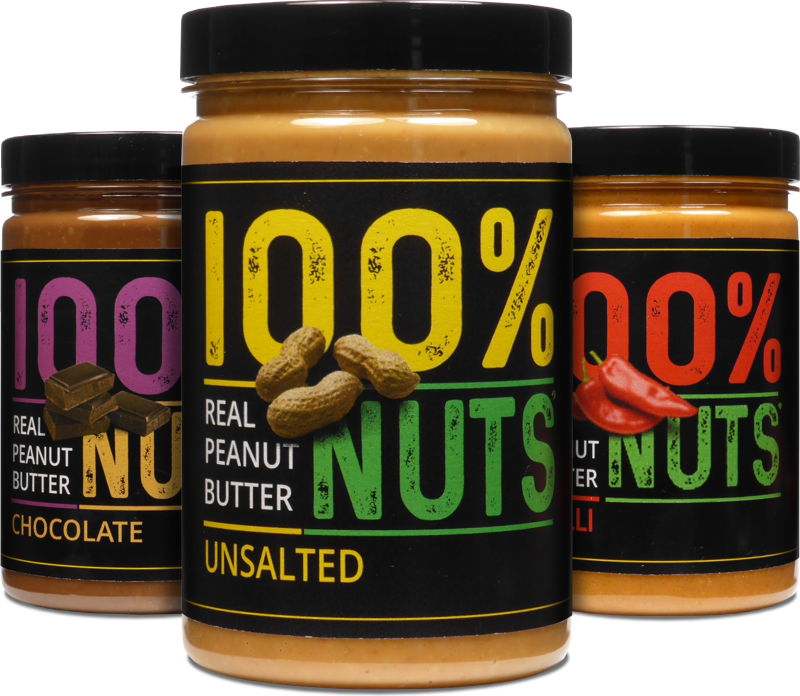 And so now this wonderful creation is here for all to enjoy - the finest peanut butter, engineered to perfection.